A French filmmaker made this wall of colored bottles set in cement blocks. She, or one of the nine million other people who have lived in this house, left all kinds of secret stuff - jewelry, dolls, miniature objects - in various bottles and fish tanks. The bottles formed one wall of the bedroom that I moved into in 1983. This black and white shot does nothing to explain how unusual it was. I ultimately draped a parachute from Canal Street over the top of the walls to form a roof. Until my brother helped me line the parachute with fiberglass, it was about 36 degrees in the bottle room during winter months. 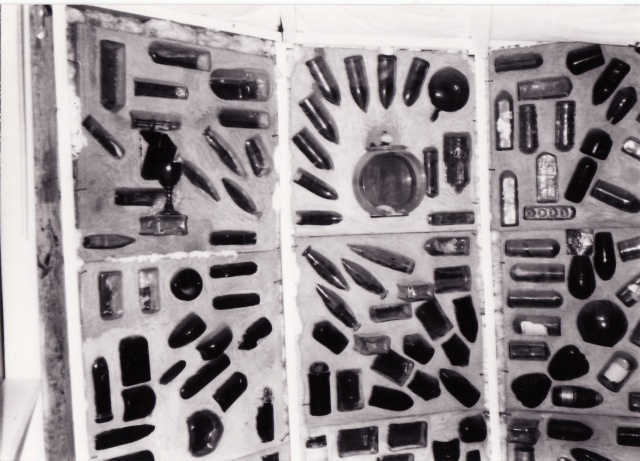